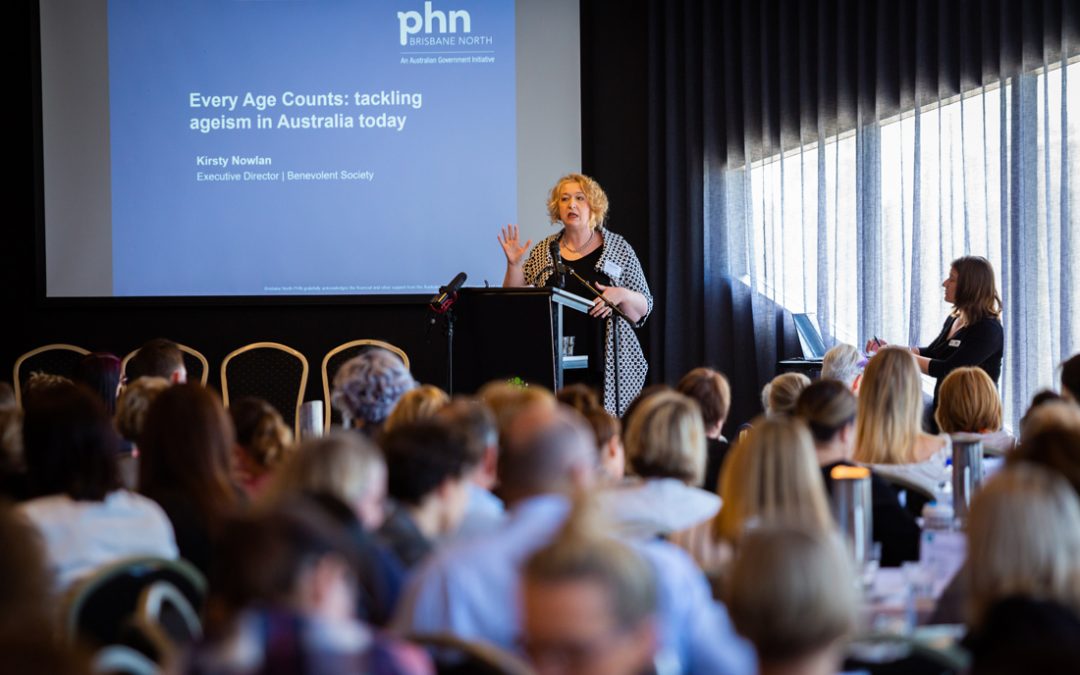 Ageism and ageist stereotypes must be acknowledged as commonplace in society as a first step in preventing discrimination against older people, according to a keynote speaker at a recent aged care forum organised by Brisbane North PHN.

“Ageism can happen to people at any age,” Ms Nowlan said, which she defined as “stereotyping, discrimination and mistreatment based solely upon age.”

But she explained that the EveryAGE Counts campaign is, “specifically interested in ageism against older people, which comes from negative attitudes and beliefs about what it means to get older.”

Ms Nowlan said we actually know what ageism feels like in everyday life.
Friends, wives and mothers, motivated by a fear of ageing, will often ask “Does this make me look old?” Ms Nowlan said.

“For most of us, we encounter ageism firstly in an incident that happens to someone else.”

“Or it may be a first time you take your parent to a doctor, because they’re sick, not old, and the doctor talks to you, not them,” she said.

“And can we all just acknowledge that the systemic abuse of older people in institutions has, at its foundations, the sure and steady belief that some lives matter less than others.”

Even well-intentioned expressions such as ‘sweetie’ can be construed by an older person as belittling and Ms Nowlan proposed using a person’s name instead.

According to Benelovent Society research, Ms Nowlan said that 71 per cent of people surveyed had not thought about ageism, but when prompted 72 per cent thought it was important.

Furthermore, only 16 per cent considered themselves active in doing something about it.

“I suggest our first task is to make ageism a thing in this country,” Ms Nowlan said.

“What we need to do is start naming those experiences as what they are. We are yet to start calling it discrimination and we need to start. Because this is fundamentally an othering process. A creation of us and them,” she said.